The history of Plug'n Script

To know what to expect from PnS, let's see how it was developed.

The first version of Plug'n Script came out in 2014 and though it was unable to generate any standalone plugins, it's core functionality stays the same up to this day. It was a plugin that could load scripts written in AngelScript, and these scripts could process audio or MIDI. 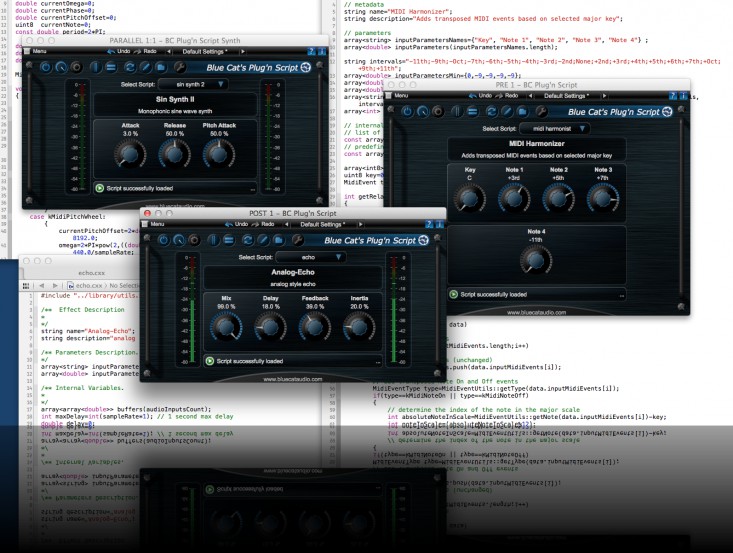 The benefit of such an approach is that AngelScript is compiled and reloaded on the fly. In comparison: if you write plugins in C++, you have to close and restart your host (DAW) every time you build your plugin. And C++ programs tend to crash easily in case of bugs. And you have to install Visual Studio or set up an external compiler to build a plugin, etc.

With AngelScript you can simply write a few lines of code, click "reload" and see how it affects your audio or MIDI right inside your DAW while your track is playing. And if you make a mistake, it will hardly every crash, just display an error message. The syntax of AngelScript is very similar to C++, very easy to adapt for anyone familiar with any general programming language. And you don't have to worry about memory management, various string formats, heap or stack allocation and all the stuff C++ is about. All you have to worry about is the algorithm itself.

Plug'n Script comes with dozen of ready-to-run scripts, that are extremely helpful: just open the code, modify and learn. You don't have to search on forums, try code that is not working: here everything is working "out of the box" (though the examples are mostly very basic).

Also because AngelScript is compiled on the fly, you can write your script on Windows and it will run on Mac without any changes! The drawback of using AngelScript is the performance, which is approximately 5 times slower, than the native C++ code. It makes difference for plugins that do intensive processing and are supposed to be used many times inside one project. But if you write mostly MIDI-processing plugins or some basic audio processing then AngelScript speed is perfectly fine.

The other important thing is that you can relax about the user interface: GUI is generated automatically depending on the parameters you add in your DSP script. Or if you want, you can customize it, even write your own GUI from scratch. 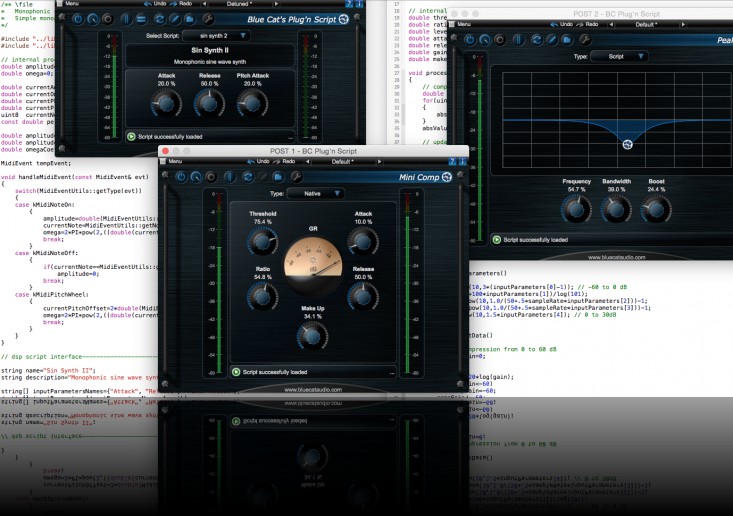 Plug'n Script version 2 came out in 2015 and brought a significant improvement: now you can write your DSP code using C++ as well, so it runs as fast as regular plugins. It's still much easier to use AngelScript for prototyping, but when your script is ready, you can rather quickly port it to C++ using the same API as for AngelScript. (Of course, you'll need Visual Studio or XCode for compiling your code, and you have to do it separately for Windows and Mac). Also, C++ lets you use other libraries and all the benefits of C++.

PnS 2 comes with a new version of KUIML language used for GUI, now it supports scripts in the GUI, which gives a lot of new opportunities to make interfaces more dynamic. 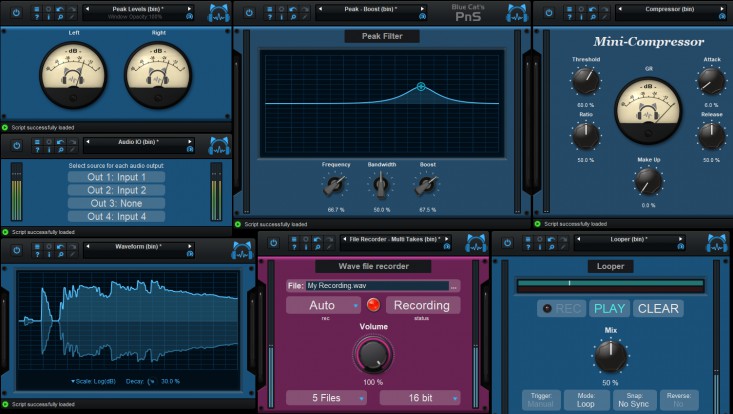 And when Plug'n Script version 3 came out in 2017, it was the best time to jump on board, cause this version brings a huge new possibility: now you can export your scripts as ​standalone plugins! This means you can make a plugin and send it to a friend, share it online, or even sell it. And it doesn't require your client to have PnS, it's a completely independent standalone plugin.

Since 2017 several updates were released: PnS 3.1 in 2018, 3.2 in 2019, and 3.3 in 2020. Each of them brings new goodies, such as new plugin formats, a new possibility for DSP->GUI communication, encryption for exported AngelScript code, new versions of AngelScript engine with new possibilities for GUI/KUIML.

So now it's June 2020, and without a doubt, Plug'n Script is ready to take its place as one of the most convenient, easy-to-use and capable tools for audio/MIDI plugin development.